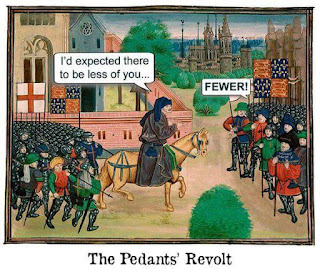 Time was...I used to draw what I wanted  photo-etched, with a Draughtsmans' pen (remember them?). 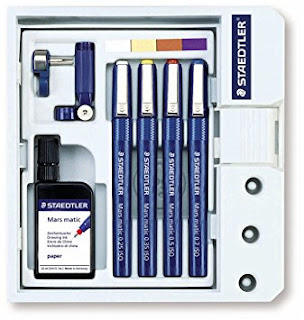 I'd draw it 4 times bigger, so that a)it was easier to draw and b) it would be crisp as you like when reduced to actual size on the local printer's repro camera (remember them?). 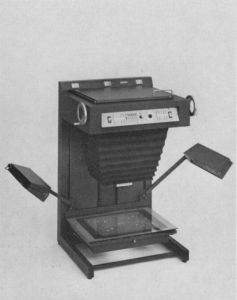 He liked a lemonade or two , so I would wait till about 12-30 and find him in the Crown, where I'd buy him a beer.  At about  1-ish we'd roll back to his little graphics office and he would make me 2 negatives, emulsion side down, one for the front, one for the back, charge me a fiver and I was on my way.  I'd turn the back one into the correct a/w for the nature of the work with a paint called Rubilith, a real of the sticky tape version of which I'd got from said printer a long time previous for another pint.  The registration gunsights were bang on because they were on the basic artwork I'd drawn.
This then got sent off to Photo-Etch Consultants, Photofabrications or Chempix and a week or so later I got an 18x12" sheet of 10 thou. brass or stainless steel for £18.  Done.  Because I'd sent them camera ready artwork, they had no need to make a "photo tool" for which they would charge me. I'd given THEM one, all they needed from me. 2 negs, emulsion side down, same size.

NOW, the artwork has to be drawn on a computer and a special file type produced. This is sent off to the etchers, who will then check it over and make their kind of phototool, for which they will charge you. In fact every minute they spend doing something to your a/w, a/w you'd thought you'd finished, they charge you at maybe £25 an hour, much more than you can charge for making the model that these bits will go on, even though you are, by far, the more skilled man.
If you can't work Corel Draw or Illustrator, you will have to pay someone else (at at least £25 an hour) to interpret what you give them. They will NOT be model makers, probably not even draughtsmen, (remember them?), pipe optional, 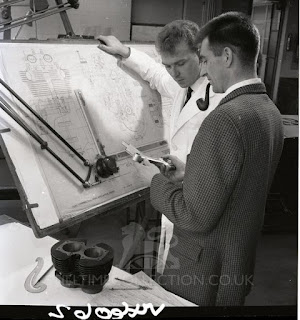 yet they will regard themselves as worth a bloody fortune an hour for merely redrawing what you gave them.  That job used to be called tracer and paid way less than a proper draughtsman. Usually trainees.  You know, like paying £60 an hour at the garage to have some gormless grease monkey "fix" your car.

So, finally you have a chance of getting your etch made weeks later and then the etchers cock it up and send you a fret exactly one third smaller than it should be. They will not, they will NEVER admit fault and so expect you to pay for their mistake. You couldn't have checked what the computer nerd drew as the file is not what a normal machine can read or open.

Time was, exactly the same crap for having decals made.  Black drawings per colour, each on a separate sheet of drawing film, gunsight registered with a Pantone reference for the colour to use. Send it to the screen printers and pay pocket money a week later.  Not any more. More bloody computer files required. Then a print that means no carrier film, weak, flimsy ink and a need to cut carefully round any image before water sliding it.  All because silk screen is now so rare and expensive, because negatives are no longer made because the chemistry used is no longer made, etc., etc., etc.  A vicious circle that has made these two processes impossible for me to do and therefore makes life difficult for the people for whom I used to make patterns AND offer an a/w service for etchings and decals.

Oh, but computers give you so much choice!
BOLLOCKS!!!
Posted by Odds at 04:11 2 comments: 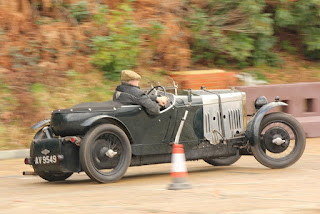 When I look at most videos of old cars it is quite obvious that the average age of the owners/drivers/attendant viewers means they are set to croak in no more than 15-20 years, leaving the cars/boats/aircraft/motorcycles where exactly?

One exception seems to be the Chain Gang.  That collection of reprobates who populate the Frazer-Nash club, mainly the owners of the Chain driven cars, along with their mates in the Morgan club and the other chain driven oddball clubs.
These seem to have as many young strutters as old farts. Even the old farts seem to have some extra life from somewhere.
The big question is will the Ollies and Justins of the world be real enthusiasts?  Will they be prepared, halfway up the Stelvio, to take the left cylinder off their J.A.P. KTOR V twin to see what that mystery knock is?  Could they improvise a repair?  Will they keep the club going?  Well, since anyone with a 'Nash nowadays needs to be stinking rich they will probably know enough of their public school chums and Uni. muckers to keep those all-nighters going at the Club dinners and, even if it is by a newer tradition than most of us can come close to, financially, at least, keep one club's long traditions going.
As to the rest of the clubs, those with few if any such traditions, I fear the cars will just be put away and forgotten about. 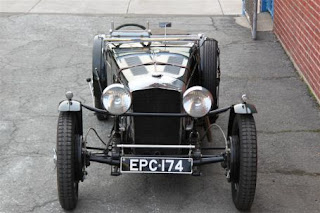